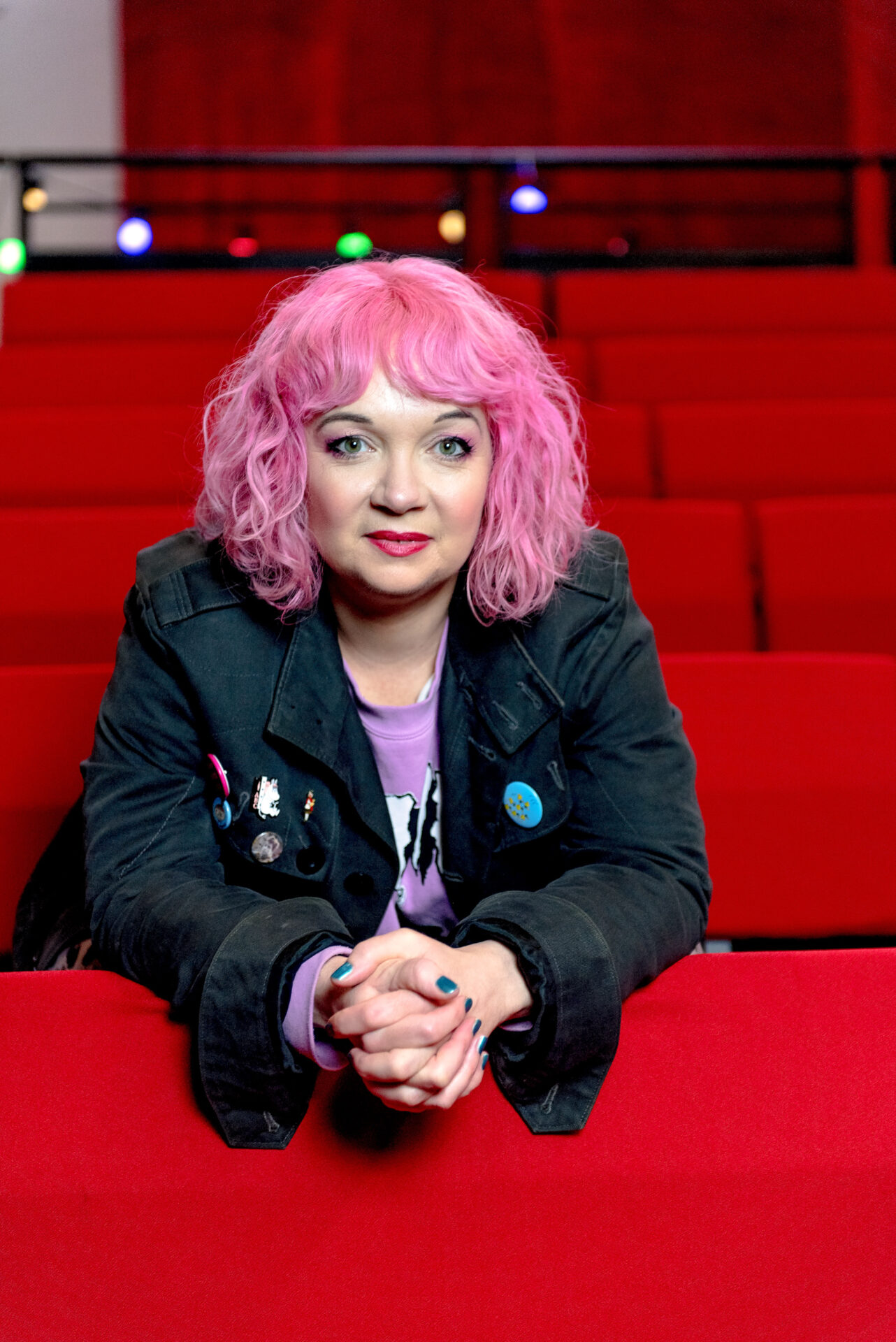 Shelley started her professional career as an actress, Shelley Miranda Barrett.  She is best remembered as Mandy in Satellite City, the hit BBC Wales situation comedy that first aired 1996-1999.

Brought up amongst music and politics Shelley performed as a child in many Welsh TV programmes and films.  She developed a love of acting and particularly Shakespeare at South Glamorgan Youth Theatre but it probably all started after joining the local amateur dramatics group with her Gran.

A degree in acting at Rose Bruford College, London, followed and Shelley went on to have a 10 year career in TV and film, and the odd theatre job!   The success of Satellite City brought in a number of TV comedy roles including sketch shows and the opportunity to create comedy characters.

After leaving acting behind, Shelley worked as an Agent’s Assistant in LA and after starting a family worked for 5 years at Wales Millennium Centre, working up from front of house to Visitor Services co-ordinator via House Manager.

Shelley co-founded The Big Talent School and Agency, and after 5 years working as Director and Head Agent, in 2016, set up as The Talent Shack Stage School and Management.  At the same time the businesses moved into her very own venue/rehearsal space, The Talent Shack.

Her father, Paul Barrett was an Agent for 1950’s rock n roll bands and managed Shakin’ Stevens.  Her mother, Lorraine was Assembly Member for Cardiff South and Penarth and is now a Humanist Celebrant.  Performance and representing people is obviously in the blood!

GET TO KNOW US